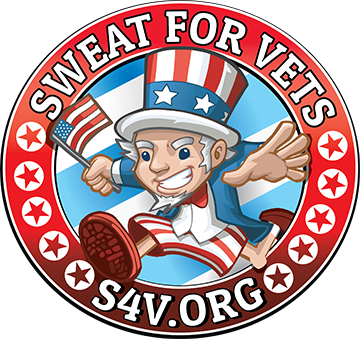 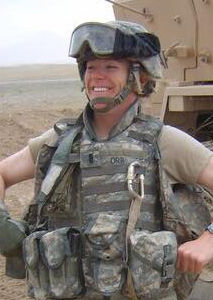 Jayme Orr Rhodes is one of the founders of the Sweat for Vets Race. She felt a need to serve and honor the local Vets in the area, and thru an athletic approach is how Sweat for Vets came about. She is also the founder and owner of Serviam Construction, a Woman/Service Disabled Veteran Owned Construction Firm located in the Altoona Area with Operations in NY, PA, and WV. Rhodes is a decorated West Point Graduate who served as an Engineer Officer in the Engineer Corps for the United States Army. She served a 15 month deployment to Afghanistan in support of Operation Enduring Freedom from 2007-2008 in which she was awarded the Bronze Star for her endeavors.

Rhodes loves that Sweat for Vets has grown to where it is today and wants it to continue to thrive and grow in the local community. She has twin Daughters, Finley & Addie, and a Son Jesse, all of whom she hopes will become little cadets someday.

Outside of the organization, Rhodes continues to grow her business, Serve on the March of Dimes Committees for both the March & Chef’s Auction, and most importantly spend time with her Family. 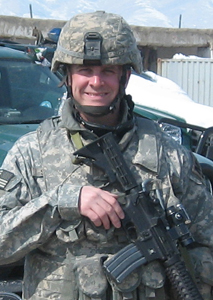 Jordan is one of the founding members of Sweat For Vets since it’s inception in 2014.  Growing up in Altoona, Pennsylvania, Jordan’s military career began upon being commissioned a 2nd Lieutenant out of the Panther Battalion at the University of Pittsburgh.  Upon commissioning, Jordan attended the United States Army Military Police Officer Basic School at Fort Leonard Wood, Missouri.  His first duty station was an overseas assignment as a Platoon Leader in the Republic of Korea.  He then was stationed at Fort Drum, New York where is served as Platoon Leader and Provost Marshal for 3rd Brigade Combat Team, 10th Mountain Division.  Jordan had two combat deployments supporting Operation Enduring Freedom VII and IX while on active duty.  His military awards include the Bronze Star as well as a commendation from the Director of the Federal Bureau of Investigation.

Outside of Sweat For Vets, Jordan is an active member of a number of Freemasonry organizations including Jaffa Shriners in Altoona, Pennsylvania.  He is also a member the Board of Governors for Penn-Mont Academy, a private Montessori school located in Duncansville, Pennsylvania where he serves on their finance committee.

Professionally, Jordan is the Executive Vice President of Defenshield, Inc., a company specializing in the design and manufacturing of bullet, blast, and fragmentation protection systems.

Jordan resides in Altoona, Pennsylvania with his wife Tiffany and their two daughters Hayden and Logan.  When not at soccer, dance, gymnastics or theater practice they enjoy spending time with family and friends. 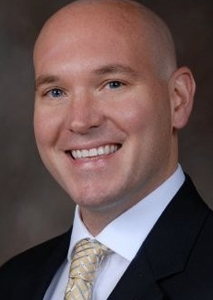 Donald E. (Donnie) Rhodes III is a founding member of the Sweat For Vets event. He and his wife Jayme had been very involved in the local running scene, and felt a need for a true challenge type of trail event that was both Veteran centered and family friendly, close to the Veteran’s Day holiday. That is when Sweat For Vets was born in Blair County.

He was raised in Altoona PA and enjoyed wrestling, playing baseball and ice hockey. It wasn’t until he was in his mid 20’s that he was challenged by a friend to participate in his first race, a 15K. From then on he was hooked and became an avid runner and running enthusiast, now having run countless road and trail events of various distances throughout the country.

Donnie and his wife Jayme enjoy supporting local Veterans whenever they can, and they have made physical fitness a family affair. They can often be seen participating in local running events, where Donnie pushes their twin 2 year old daughters in races while Jayme pushes their infant son.

Professionally, he is a Business Banking Vice President of First National Bank of Pennsylvania. He is very community minded, volunteering with numerous non profit organizations including the Central Blair Recreation Commission where he serves as Vice Chairman of the Advisory Board, and Jaffa Shriners where he serves on their Finance Committee. 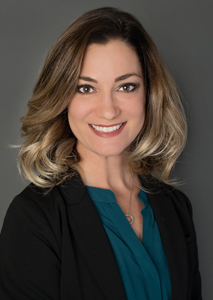 Serving as the Secretary for Sweat For Vets, Tiffany joined the organization in it’s anguaral event back in 2014 where she was responsible for organizing the kids activities on race day. Devoted to the cause, Tiffany understands the commitment service members and their families make while defending our nation.

Born and raised in the Altoona area she stays active in the local fundraising community through groups such as Sweat For Vets, Jaffa Shriners, Shriners Hospitals for Children, and MOMS Club of Hollidaysburg/Altoona.

Tiffany and her family attend the Cathedral of the Blessed Sacrament. She enjoys spending time with her family to include her two children, Hayden and Logan.

As the spouse of a military veteran, Tiffany feels a strong devotion to raise support for our local military community. She looks forward giving back by assisting Sweat For Vets to reach it’s full potential! 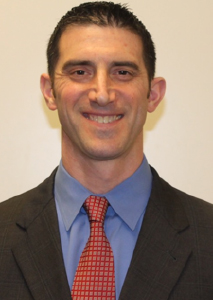 Scott has participated in the planning and execution of Sweat for Vets since its inaugural event. He was raised in Hollidaysburg where he graduated from high school and then entered the Army ROTC program at Gannon University in Erie, PA. Scott earned his BA and was commissioned upon graduation. The Army granted him an Educational Delay of his service in order to attend law school.

Scott earned his Juris Doctor from The Dickinson School of Law of the Pennsylvania State University and then entered the U.S. Army JAG Corps where he served on Active Duty for eight years. During that time he was assigned as a family law attorney, criminal defense counsel, prosecutor, administrative law attorney, and Assistant Professor in the U.S. Military Academy’s Department of Law. He also deployed to Iraq as a legal advisor to U.S. Army Special Forces. Upon leaving Active Duty Scott joined the Army Reserve where he continues to serve. Scott recently earned a Masters of Strategic Studies from the U.S. Army War College, and is employed as in-house counsel with Sheetz, Inc.

Scott also serves the community as the Vice-President of a local non-profit Board of Directors and is an elected member of the Hollidaysburg Area School Board. He and his wife live in Hollidaysburg with their three sons. In his free time Scott enjoys reading, as well as training for and participating in running races and triathlons. 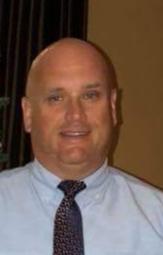 Scott Woomer joined Sweat for Vets in 2019.  He is a proud graduate of The Pennsylvania State University, graduating with a Bachelor of Science Degree in Education in 1991.  At Penn State, Scott was a member of The Blue Band, serving as President in 1991. He also holds a Masters Degree in Education from Saint Francis University.  Professionally, Scott is a sixth grade teacher in the Altoona Area School District.

Scott has been involved in the Altoona Area Teachers Association, serving 5.5 years as Vice President and 3.5 years as President.  He is a member and past President of the Blair Bicycling Club and is also currently active in the Jaffa Shriners, of Altoona, PA.

Growing up in Altoona, Scott’s father and eldest brother both served in the US Army during World War II and Vietnam respectfully.  His nephew, Brian, retired with 20 years from the US Navy, serving aboard various submarines. He and his wife, Amy, reside in Altoona, and are the proud parents of their daughter, Lauren.

John was raised in Altoona, Pa.  He enlisted in the Marine Corps after graduating from Bishop Guilfoyle High School.  He spent four years in the 2nd Marine Aircraft Wing as an avionics technician, stationed at Marine Air Station, Beaufort, South Carolina.  He served two West-Pac deployments to Japan, Korea, and the Philippines. Following separation from active duty, he continued service in the Pennsylvania Army National Guard while attending Penn State.

He has been serving as an officer of the Brush Mountain Sportsmen’s Association for nearly 30 years, having held the offices of board member, vice-president, and president.

John participated in the first Sweat for Vets race and immediately recognized the potential for the Brush Mountain Sportsmen’s Association to host the event.  He approached Donnie Rhoades with the idea, and his involvement grew from there.

John’s father, John G. (Jack), enlisted in the Marines to serve in the Korean War.  His brother, Mike, served in the Air Force and the Air National Guard. John’s son, John G. II (Jack), is pursuing a path to serve as an officer in the Marines or Army.

John and his wife, Brenda, reside in Altoona, and have three children, Kelsey, Jack, and Ryan. 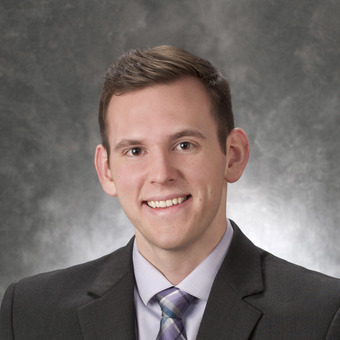 Tanner Thomas joined Sweat for Vets in March 2020. Tanner earned his Bachelor of Science Degree in Accounting from Mount Aloysius College in 2015, and is a licensed certified public accountant (CPA) in the Commonwealth of Pennsylvania. He is employed at Wessel & Company in Johnstown, PA. Tanner assists with the finances and taxes for the organization.

Tanner served as captain of the Men’s Basketball team at Mount Aloysius College from 2014 to 2015, where he became the 11th leading scorer in school history, surpassing over 1,000 career points, and also resides in the top 10 in school history in rebounding.

Tanner participates in many local basketball leagues in the area, including the CBRC Mansion Park/Lakemont Park league in Altoona, PA and Chricton McCormick basketball league in Portage, PA. In addition to basketball, Tanner enjoys running distance races, and has participated in many local 5ks, 10ks, and half marathons over the past few years, and also enjoys playing bass guitar in his band, MAUL in the Altoona area.